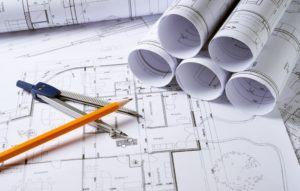 Laying the foundation for a successful career takes time, planning and commitment. This is true for any industry and those who’ve rose to the top will likely attribute it to the effort they poured into their careers. Peter DiTommaso, who has been in the construction industry for more than three decades, knows a thing or two about investing personal resources into professional careers. He can share a word or two of advice about doing so and some of those elements will be explored in this article. Peter DiTommaso has undoubtedly seen such success because he took education, charity and pride in work seriously. Readers looking to set their own careers on the right path will likely learn a thing or two below.

Solid Footing: College admissions have been on the rise in recent years and it’s for good reason – this is a sure-fire way to land a career in your chosen industry. According to the National Center for Education Statistics, “about 19.9 million students will attend colleges and universities in fall 2019” and just shy of 2 million bachelor’s degrees will be awarded for the 2019-20 school year. Peter DiTommaso went to the University of Massachusetts and earned his bachelor’s degree in business administration there. This was immediately put to use after college when Mr. DiTommaso was a project supervisor for L&T Contracting. Lessons learned in college paid off, as he was responsible for oversight of multi-million-dollar construction jobs.

The Right Fit: When Interstate Drywall Corp. was founded in 1986, Peter DiTommaso was right there and he’s remained with the company ever since. This long-term commitment isn’t a trait we see very often today but it’s one he would suggest if one hopes to climb the ranks. According to BusinessInsider.com, workers on average are currently holding jobs for a little more than four years. “Four years can seem like a lifetime if you’re spending every workday feeling underpaid, unappreciated, or unfulfilled — so don’t feel like you absolutely must stay that long,” the article states. Peter DiTommaso has never felt this way while working on behalf of Interstate Drywall Corp., which has completed in excess of $2 billion in construction around the New York-New Jersey area.

We spend the vast majority of our weeks at work. With that ratio in mind, it’s no wonder why it’s so important to pick a career path that makes you happy. Peter DiTommaso certainly found that niche in construction and hopes to continue contributing to the sector he values so much.